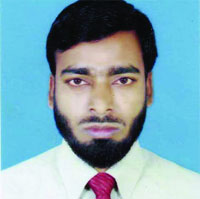 Abducted in Bangladesh, Now Detained in India, Risk of Death if Returned

(New York) – The authorities in India and Bangladesh should take all necessary steps to protect Shukhoranjan Bali, a long-missing witness in the International Crimes Tribunal (ICT) in Bangladesh, Human Rights Watch said today.

Bali, a Bangladeshi national, claims he was abducted by the Bangladeshi police from the entrance to the ICT courthouse, detained in Bangladesh, then forced by Bangladeshi security forces across the border into India, where he claims he was detained and tortured by the notorious Border Security Force (BSF) before being held in Kolkata’s Dum Dum jail.

“The apparent abduction of a witness in a trial at the ICT is a cause for serious concern about the conduct of the prosecution, judges and government,” said Brad Adams, Asia director. “Among many questions is who ordered the abduction, and how senior the officials involved were.”

Bali was due to appear to give evidence as a defense witness before the ICT, a court expressly set up to try people suspected of war crimes during Bangladesh’s 1971 war of independence. He had previously been listed as a prosecution witness. Bali claims that on November 5, 2012, he was abducted by people in plainclothes at the gates of the ICT, put into a police van, and then taken away to the offices of the police.

Witnesses present at the courthouse claimed to have seen the abduction.

Defense complaints to the ICT led to the judges asking for the prosecution, rather than an independent body, to investigate the allegations. The prosecution returned to the court and denied the defense allegations entirely, saying that there had been no abduction, despite eyewitnesses. The judges ordered no further investigation into Bali’s disappearance. No information about his whereabouts was made public and the government ignored calls to set up an investigation. The attorney general, testifying on a habeas corpus petition filed on Bali’s behalf, stated that the abduction claim had been made to bring the court into disrepute – but offered no evidence for this assertion.

Bali claims that he was abducted at the courthouse by police, held in government custody for several weeks, and then pushed across the border to India. Human Rights Watch has documented how the BSF routinely kills Bangladeshis who cross the border illegally. In April, Bali was sentenced by an Indian court to 110 days in jail for entering the country illegally. He has already completed his term but is still in jail.

India should not return Bali to Bangladesh until he is interviewed by the Indian office of the United Nations High Commissioner for Refugees (UNHCR), which can determine if he wishes to claim asylum and whether he is a refugee. If he does not wish to claim asylum, or his asylum claim is rejected, India should still not return him to Bangladesh when there is a real risk to his life or of his suffering ill-treatment if he returns there.

“Those involved in his abduction may have assumed Bali would be killed by the Indian Border Security Force when he was pushed into India, or that he would permanently disappear,” Adams said. “There is a real risk to Bali if he is returned to Bangladesh, as he could expose those involved in his abduction. Bali needs access to an independent lawyer and UNHCR so that he can make an informed decision about whether it is safe to return to Bangladesh.”